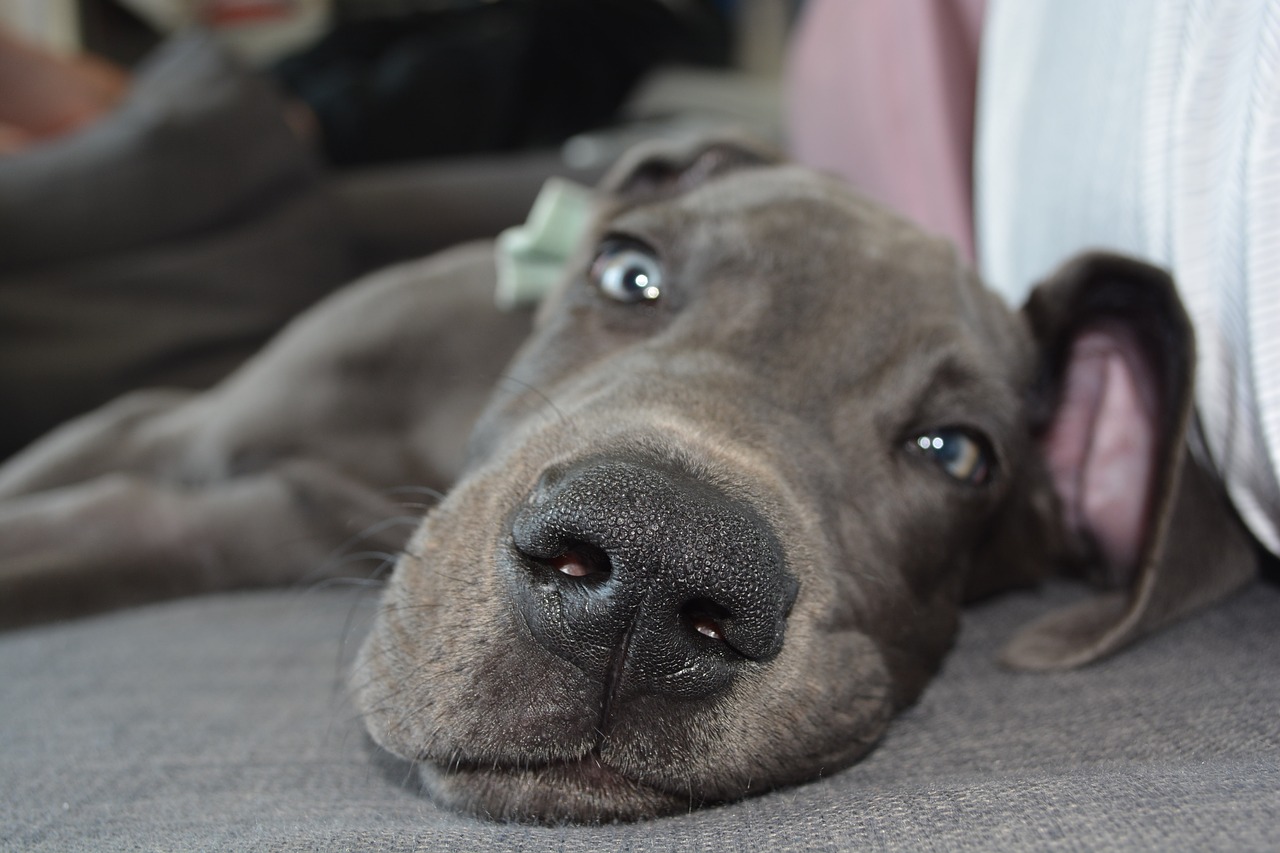 There are so many different dog breeds on the planet: some of them are small, while others are big and even giants. Most large dog breeds existing today were originally used as guard dogs or working animals. However, today most of them live together with people in houses and apartments just like pets or family members. If you are thinking about getting a large dog, this article is for you: we will tell you in more detail about Top 10 big dog breeds.

In terms of its height, this dog breed is believed to be the largest. It is originally from Germany and in the German language its sounds as Deutsche Dogge, which means German mastiff.

An average height of Great Dane is 28-30 inches, while its weight is not very heavy, not more than 120 pounds.

In spite of their size, Great Danes are quite calm, gentle and intelligent dogs. They are not very active but like to play with children, so they can definitely become great family members for big families.

This giant dog breed in the English-speaking world is known as Old English Mastiff. It is also quite an ancient breed that appeared in English more than two thousand years ago. It is recognizable for its heavy body, short muzzle, big head and short hair.

Mastiffs are not only large but also very heavy dogs: their average weight is around 113 kg, while the heaviest recorded mastiff had the weight of 156 kg. Though this breed is not very active, mastiff likes to spend time outdoors and needs a lot of space, so it is not recommended to keep it in a tiny apartment.

This large black dog with long hair originally appeared and was used as an accompanying breed for fishermen. It is a very intelligent and courageous dog with excellent swimming abilities that are easy to train. Though their most common color is black, they can also be brown and even gray.

The average weight of male Newfoundlands is 90 kg, while the weight of some of them even exceeds the point of 100 kilos.

This powerful and enduring dog breed that is also called sometimes “mop dog” had been serving for a long time as shepherd dog for livestock or a guard dog for the property. It originally comes from Hungary, where it is considered as one of the main national treasures that

It originally comes from Hungary, where it is considered as one of the main national treasures that is protected and preserved from any modification. You can easily recognize this dog due to its distinctive corded and long hair. The average height of komondor is between 70 and 80 cm, while their weight is around 50-60 kilos.

This breed that is also known as “Royal Dog of Scotland” is characterized as very elegant, graceful, tall and regal dog. Originally they were bred as hunting dogs for the red deer.

Since Deerhound is very athletic dogs, it needs a certain amount of regular exercises by running in a park or in a backyard. It is also characterized as one of the most polite and intelligent large dogs with a calm and friendly character.

They like playing with kind and feel comfortable with new people. An average height is between 70 and 80 cm.

This breed is definitely among the strongest, courageous and kind dog breeds. Moreover, this breed is very ancient: it has been known since IX century when they appeared by crossbreeding with mastiffs.

Today this dog is not only a perfect companion and a family member but also service dogs, that help to search for victims buried under avalanches due to their excellent sense of smell. The height of St. Bernards is around 90 cm.

It is a serious and courageous hunting dog with steel character. It is a description of this original dog breed that appeared in Ireland for hunting purposes thousands of years ago.

The modern Irish Wolfhound is a bit different: it is a friendly family dog that is also characterized by its laziness. With its average height of 86 cm, it is considered to be one of the tallest dog breeds existing today. As any other large dog breed, Wolfhounds love playing with kids and never demonstrate an aggressive behavior.

This friendly giant is often characterized as the best family dog and often is even called “a gentle lion”. In contrast to many other dog breeds described above, it is quite a recent dog breed that was bred in Germany in 1840.

The idea of the breeder was to get a dog breed that will look similar to a lion, and he has definitely achieved his goal. Leonbergers are known as a very active dog with a stable character.

Their kindles, friendliness, loyalty, and obedience make them of the most popular family dogs. In addition, they also work as lifeguards due to their great swimming capacity. An average height is around 70 cm.

This dog is originally from the Bern region of Switzerland where it was always kept as a farm dog. It is quite heavy and large dog that is recognized for its three-colored coat.

For those, who want to get this dog, should be aware of its high activity level: these dogs like spending time outdoors and needs much space. Regarding their character, they are easygoing and energetic creatures that are perfect for families with kids. Their average height is 65 cm.

This dog is originally from the USSR between the 1940s and 1950s as the dog for military and working purposes. The legend says that this breed was created by order of Joseph Stalin.

It is a very strong, courageous and graceful dog with excellent fighting capacities. It is one of few Soviet working dog breeds that has succeeded to become not only a service dog but also a perfect family companion. Due to its high level of intelligence, Russian terrier adapts easily to training. Its height is between 74 and 78 cm. Find out more about this amazing dog here.

Discover more amazing and funny animals, read more about the wonders of the world and beautiful things.