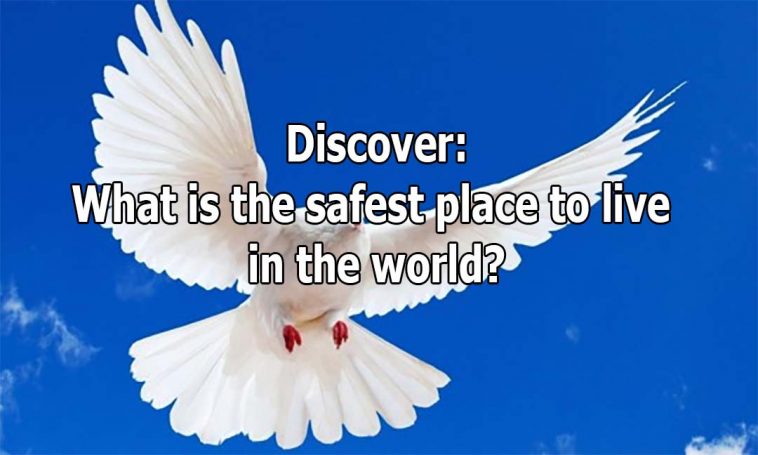 List of the safest countries to live in the world.

Imagine that you can move to any country in the world. You would probably choose a safe and peaceful place, where you can feel comfortable and protected. Let’s find out what is the safest place to live in the world?

However, what does exactly “a safe country” mean? For some, it is the absence of terrorism, a low level of crime and corruption, while for others it is the absence of the risk of natural disasters. Since natural disasters is something that cannot be controlled and they happen in all countries from time to time, we have decided to compare countries concerning terrorism, crime and corruption levels and introduce you to the list of the safest countries for living based on these criteria.

We will use the Global Peace Index (GPI) developed by the Institute of Economics and Peace and is applied for evaluation of the peace and safety level in every particular country.

Czech Republic is a small country located in the heart of Europe. It borders with such European states as Germany, Poland, Austria and Slovakia and has population of 10,5 million people. Its capital Pragua is considered to be one of the most beautiful European cities that constantly attracts thousands tourists.

When travelling to Czech Republic, you do not have to be worry about being robbed because the crime rate there is one of the lowest in Europe. If you decide to move there, you will definitely enjoy a comfortable life because it is a hospitable country with a very diverse population.

For many years Australia remains one of the most popular and desired countries for immigration. Every year thousands of people move there from all over the world by seeking for a better, safer and stable life.

The reason of it is a perfect economic situation in Australia, a very low level of crime and corruption and the absence of pollution characterized by great quality of the air and water. Therefore, it is not surprising that Australians are considered to be the happiest nation on the planet.

This island Asian state is well known in the world not only for its rapid technological development, but also for great ability for peace keeping in the society. Japan can boast of very low rates of homicide and violent crime, which makes it one of the safest places on the planet. An interesting fact is that Japan even does not have a professional military force, which characterizes it as an absolutely peaceful country.

Canada has gained the reputation of a very safe country, since according to the Canadian government the main element of a good and prosperous country is the security of its population. Hence it is no surprise that the levels of crime, corruption and homicide are very low, and the life satisfaction score is relatively high – 7.6 out of 10. In addition, due to quiet good voter turnout percentage in Canada, which is 61%, it is possible to say there are trustful relationships between Canadians and the government.

Scandinavia is a region in Europe known for its economic stability, wealth and prosperity. It includes several countries, one of which is Finland known for its lowest level of corruption in the world. The Finnish government is appreciated for its openness and accountability due to the country’s strong legal framework. Though there is a military force in Finland, it is used only for participation in various peacekeeping missions of the UN. This all makes Finland a very safe country perfect for comfortable and peaceful living.

Today Switzerland is considered to be one of the happiest and safest countries to live in, and this is absolutely fair: this small nation is known for its perfect healthcare system, outstanding quality of food, low crime rate and the absence of pollution. It is definitely a true heaven on earth located in the heart of Europe. Though some people complain about too quiet and even boring way of life, Switzerland remains a perfect place for a comfortable living with a family and raising kids.

New Zealand is an island English-speaking state that is, according to many international surveys, one of the most peaceful and less corrupt countries on the planet. It does not mean that crime does not exist in New Zealand at all – it does, but its level is much lower than in most other countries. In addition, due to the country’s advanced healthcare system, life expectancy in New Zealand is quite high, which makes this state perfect place for aging and leading healthy and peaceful life when you are retired.

Among all European countries, Austria is probably the safest and the best for living. This small country is located in the central part of Europe and has population of only 8,6 million people. It received the title of the safest and the most comfortable nations due to its cleanliness, protection of the environment and nature, excellent healthcare system and very low crime and homicide rate. In addition, it is a very beautiful country with interesting history, culture and breathtaking nature wonders that constantly attract tourists from all parts of the world.

It is another Scandinavian country that is thank to its advanced healthcare system, low crime rate, absence of corruption, very high literacy rate and environmental cleanliness for many years has been remaining one of the best and safest countries to live in. The international statistics and surveys say that citizens of Denmark are the happiest people on the Earth, who fully enjoy living in their Kingdom in the atmosphere of peace and safeness.

According to the Global Peace Index for 2017 Iceland is the safest country on the planet to live in. It is characterized by low level of incarceration, high democracy and gender equality. The crime level in Iceland is so low that is even possible to say that violent criminals simply do not exist there. The statistics says that in total there are only 130 prisoners that are even allowed to spend weekends at home with their families.