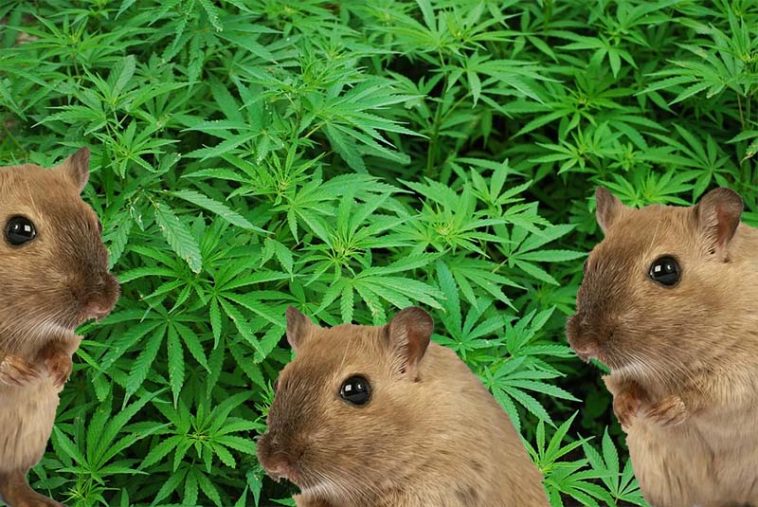 Have you ever heard of marijuana eating mice? It seems that the new breed of mouse has been emerged in Argentina, at least if we believe police officers.

According to the Guardian, eight Argentinian police officers got fired, after inspection of police warehouse, in the town of Pilar, revealed that up to half a ton of marijuana has been disappeared.

The force’s internal affairs division carried out inspection after they got request from the city’s police commissioner.

Inspectors found out that the previous police commissioner left the drug inventory unsigned a year ago, and that about 500kg of drugs in hands of police has been disappeared from the warehouse.

Fired officers gave the same explanation: narcotics had been “eaten by mice”. However, judge did not accepted that as an explanation.

The spokesperson for the judge said:

Buenos Aires University experts have explained that mice wouldn’t mistake the drug for food, and that if a large group of mice had eaten it, a lot of corpses would have been found in the warehouse.

There has not been reports about a lot of mouse corpses nearby the police warehouse and investigation continues.

The judge is going to decide if the missing marijuana was the result of “expedience or negligence”.

Share this and post your comments below! Do you think that it is possible that 500kg of marijuana had been eaten by mice? Or what happened?