The Indian Film Industry is one of the biggest and the most successful industries in the world. Millions of girls and women watch Indian movies appreciated for their romantic and vivid atmospheres, touching and emotional love stories and magnificent music. There is probably not a person in the world who has not seen such famous Indian movies as Disco Dancer and Zita and Gita.

The Indian Cinema is divided into South and North cinema worlds. The headquarter of the Northern part is Bollywood, while South Indian cinema is produced in Mollywood and Tollywood. Regarding the Indian cast, the South Indian and North Indian actresses are quite different, though they all are hot, sexy and very attractive. In this article, we would like to introduce you to the top hottest South Indian Actresses, who are impossible to distract the view from.

Samantha Ruth Prabhu was born in 1987, she is young and charming actress, who is also known as a fashion model, is not only one of the most beautiful women in Southern India, but also one of the most experienced and talented actresses, who received two significant awards the same year, the Filmfare Award For Best Telugu Actress and the Filmfare Award for Best Tamil Actress.

If you are a big fan of Indian movies, you definitely know one of the hottest actresses Taapsee Pannu (born 1987), who appeared on the screen in 2010 in the movie Jhummandi Naadam, in which he played the role of the daughter of a millionaire.

You can also see this beautiful Indian lady in many printed media outlets and commercial as a model. Taapsee Pannu also took part in very contests and competitions and won such titles as “Pantaloons Femina Miss Fresh Face”, “Safi Femina Beautiful Skin” and “Miss India” in 2008. Follow Taapsee at Twitter. Photo credit: By Bollywood Hungama.com

Trisha Krishnan (born in 1983) is fairly believed to be one of the most experienced actresses in the Southern branch of Indian cinema since she made her debut in 1999.

Therefore, this is not surprising that nowadays she is also one of the most experienced actresses in India.

For a long time, she had been also working as a model, which allowed her to receive such titles as “Miss Salem” in 1999 and “Miss Beautiful Smile” in 2001. Follow Trisha on Facebook. Photo credit: By Bollywood Hungama

Shryia Saran (born in 1982), is a charming model and actress. She is more than just a pretty face, she is recognized for her acting talent that she demonstrates by playing so different and deep characters.

In addition, Shyia Saran is also an excellent dancer, and since childhood, she had been taking dancing lessons.

He debut in the Indian cinema happened in 2001 in the movie Telugu film Ishtam, and by 2007 she had become one of the most successful and famous actresses in India.

Thanks to her natural beauty and sexy curves, she is also now one of the most desirable women in Asia. Find out more info about Shryia’s movies from Imdb. Photo credit: By Bollywood Hungama.

There is no need to prove that Kajal Agarwal (born 1985) is one of the most beautiful and hottest actresses in India.

Her debut happened in 2004, and during the next 13 years, she succeeded to become a well-known actress not only in India but also on other continents.

Moreover, nowadays she is also considered to be one of the most followed Indian celebrities in social media. Thanks to her pretty appearance and beautiful shape Kajal Agarwal is an official face and model of many well-known fashion brands.

Ileana D’Cruz (born in 1987) can be fairly called a sexy diva of the South Indian Cinema Industry.

She earned this title thanks to her magnificent curves, beautiful hair and cute smile.

She debuted in 2006 and very soon became one of the leading actresses in the Indian Cinematography by starring mostly in blockbuster movies.

You can also see her in many commercials since she is the face of several advertising campaigns.

Nayanthara (born 1984) is considered to be one of the most experienced actresses of the Indian Cinema since she debuted in 2003.

She became one of the most promising actresses of that time by starring in such blockbusters as Sivaji: The Boss and Chadramukhi.

Today she is still one of the most complimented actresses, who easily wins hearts of multi-million Indian audience with her natural beauty, charm, and simplicity.

Discover more information about movies of this beautiful actress from Imbd. Photo credit: By Bollywood Hungama 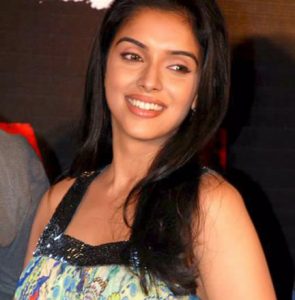 One of the most well-known actresses both in the South Indian Cinema industry and Bollywood is Asin Thottumkal (born 1985).

Her debuts happened in 2003 and made her very famous. She is also well-known and appreciated for the role of Kalpana that she played in the movie Ghajini produced in Bollywood.

Asin is often described by audience and media as an actress with extreme beauty, magic and melodic voice, sexy curves and magnificent tanned color of her skin, which made her one of the most demanded actresses not only in South but also in the whole India.Photo credit: By Bollywood Hungama 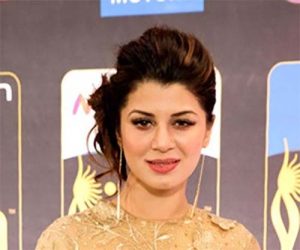 Kainaat Arora (born in 1986) – At first she started her career as a model but later turned into an actress.

Her first debut happened in the comedy movie titled Grand Masti in 2013, in which she played the role of Marlow.

She is also known as a cousin of another famous Indian actress Divya Bharti. Today Kainaat is believed to be one of the hottest actresses thanks to her special appearance and natural sexuality. Follow Kainaat at Facebook. Photo credit: By Bollywood Hungama

Shruti Haasan (born in 1986) is fairly believed one of the most talented actresses in India: Shruti takes part in acting, singing, and music composition.

She is also often associated with her mother Kamal Haasan, another famous actress. She debuted in 2009 by playing the role in the Bollywood movie called Luck.

Though she definitely possesses natural beauty, she also performed surgery for her nose and lips that allowed her to become even hotter and sexier. Follow Shruti at Facebook. Photo credit: By Bollywood Hungama

Watch video: Sexy or Not, Shruti Haasan Will Decide

Here is the final Wondertabloid.com’s list of the most beautiful South Indian Actresses. Of course, there are plenty of other talented & sexy actresses, but so far these women are our top choices!

Who is your favorite South Indian Actress? Please leave a comment below! Find out more beautiful women and entertainment & amazing lists.