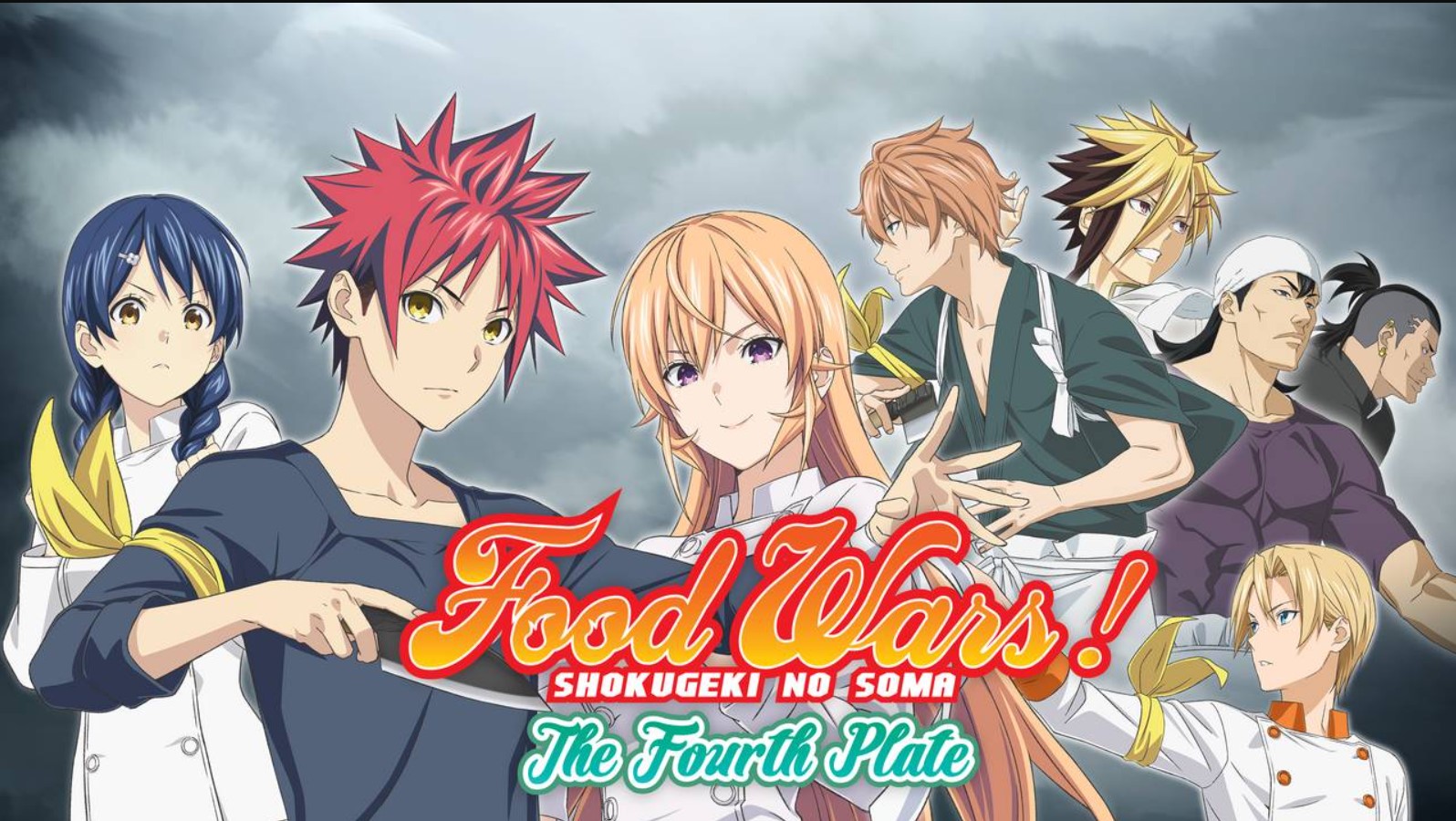 Food Wars! is a comedic cooking slice of life anime filled with unending entertainment for the viewers. The story begins with the protagonist Yukihira Soma getting transferred to an elite culinary school.

Soma ran a small Japanese restaurant with his father Saiba Joichiro until the latter decided to send him to a culinary school to hone his skills. The school is the best in Japan, and students have extremely low chances of graduating because of the judges’ strict judgment. However, this did not scare Soma at all. Instead, he confidently declared that he would be at the top of the school. That’s where viewers’ journeys begin – with Soma and his exploration of the culinary world.

The series primarily takes at Totsuki Saryo Culinary Institute, an elite culinary school located in Tokyo, Japan. The institute is said to be uncompromising when it comes to the expectations they have of their students. This is the reason why only a handful of students graduate from the school each year.

The students of the academy are given the freedom to initiate a food war with any other student or alumni. The wagers could be for things as simple as cooking utensils, research society facilities, or even as high stakes as expulsion from the school.

The series follows the adventures of Soma Yukihara who joins the elite institute to surpass his father’s cooking skills and become a better chef. Along the way, he befriends his classmates and faces interesting food war competitions that not only make him a better chef but also shed light on the impressive skills that his opponents possess.

Food Wars! : Shokugeki no Soma is extremely entertaining with slapstick comedy and charismatic characters. The action in the anime is brought through the art of cooking as you’ve never seen before. With excellent art and animation, this show should be on your list of shows to binge-watch.

Is it worth watching?

Food Wars! : Shokugeki no Soma Gives you the best of both worlds: an intense story and you may have figured this one out, FOOD. As is expected from a show called Food Wars, we see the characters prepare food that looks so good it will make you wish you could eat it through your screen.

The story progression is buttery-smooth and the unique concept is portrayed by some incredibly charismatic characters.

Comics are the source material of live-action superhero films, tv shows and series that are dominating the box-office. The manga of Japanese anime is also called Manga.

These anime movies or shows, in large part, are taken directly from Manga pages just like the Comic Books of the west.

In reality, however, it is possible for a live-action movie to be made with some difficulties. Studios make changes that can be good or bad.

Anime is a genre that doesn’t require any special care from the creators. The story is told exactly as it is in the source material, which is better in every way.

Connecting the audience to the characters lis a key component of any film’s success in the modern age of filmmaking. This is where Best Anime Like Dr Stone really shines.

Each character in anime is unique. Animation can bridge the gap between the viewers and the story through the addition of significant depth to the characters that carry the entire show to its conclusion.

Many anime viewers connect with characters who have complex personalities. These people reach out to viewers and draw them back into the anime world.

Many anime characters enjoy a large fan base because their authors add depth and dimension to their personalities.

The individual’s character development does not have to be rushed. There are no limitations, which in turn brings out better dynamics on the screen.

The characters of anime can be high school students, middle-aged workers or gods to demons. People forget that anime characters are real in real life because of their diversity.

This could be one of the best answers for the question “Why should you start watching anime?”

Kick-ass action is a great way to kick start your day.

Animes are well-known for their long, brutal fight sequences. The Dragonball or Naruto, for example, is filled with hours of brawling and leveling as the series sets the stage for the final act.

Many thanks to the hardworking men and women who bring the Manga pages to life with such eye-pleasing action. Even if the entire pack is not your cup of tea, the actions episodes are worth a look.

High-octane action is what everyone loves. You can watch anime for the action sequences that they present onto the screen.