North Korea is a strange country, to say the least. So many things happen here that never occur in other places. You may be surprised many how the citizens are coping with these situations, but they seem not to be complaining, at least publicly.

Every country of the world has something that is peculiar to it, and North Korea has totalitarian leadership as its peculiarity. The leadership places so many restrictions on the citizens, making it difficult for easy movement and communication, unlike what obtains in other countries of the world.

Many things are shrouded in secrecy in North Korea since the government has successfully prevented the citizenry from relating freely with other countries of the world. Traveling out of North Korea is more or less a big problem for the citizens since the government restricts such traveling and you need to go through a lot of difficulties to get approved for a journey outside the country.

Aside from the restrictions placed on the citizenry, the country has also instilled fear in the hearts of many in other countries of the world. Many westerners see North Korea as a very dangerous country to visit with the constant news of missile launching & military drills.

You do not need to visit North Korea to know what goes on there; we have compiled some interesting facts about the country for your enlightenment about this country. 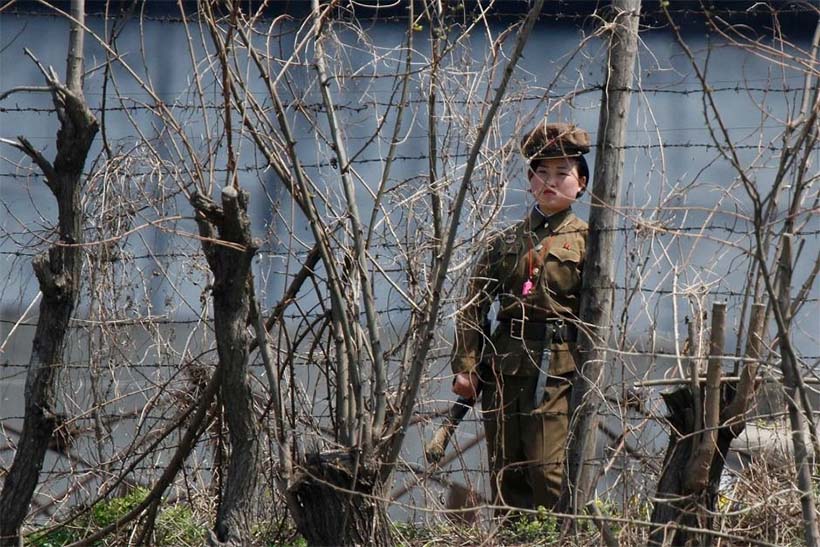 The birth of the ‘three generations punishment’ occurred in the 1950s and it is still in force today. What does this rule mean? If any member of your family breaks any law, the government will not only send the lawbreaker alone to prison, but they will also include other members of his family to the third generation, like your children, parents, and grandparents. As far as the supreme leaders are concerned, disobedience to the law runs in the family, making every member of the family culpable. 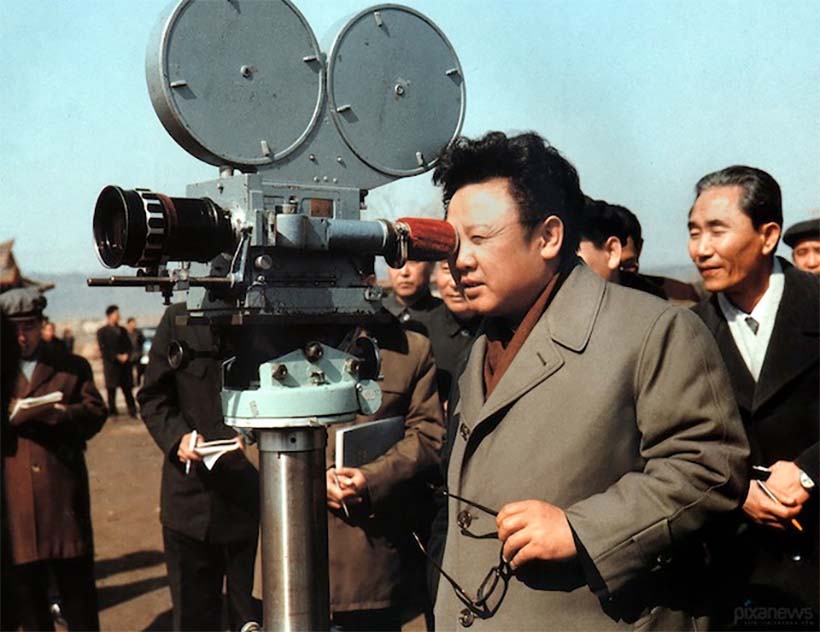 After the seventh movie, the two of them escaped from North Korea in 1986, about eight years after they were kidnapped. Since the actor and his wife escaped from North Korea, the country’s movie industry has not fared well. Nothing about the country’s movie industry was heard until in 2014 when The Interview was filmed; it was a movie about two US journalists attempting to assassinate the North Korean supreme leader, Kim Jong-un. The movie was not well received though.

3. They are ‘democratic’ enough to hold ‘elections.’ 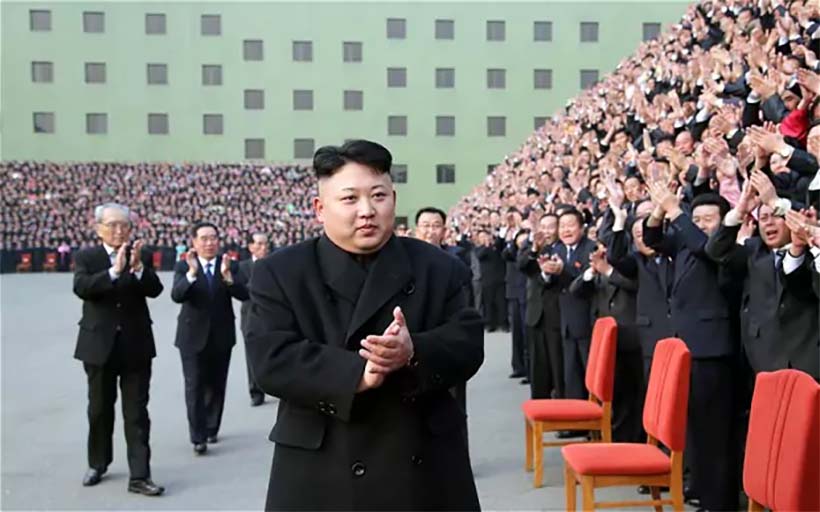 Many know the North Korean authority to be a totalitarian regime, but despite this identity, the country still holds ‘election.’ Yes, they ‘elect’ (or reelect) their supreme leader every five years.

It is a must for every citizen to participate in the election, and you may not believe it, but only one candidate is presented for the election; who else can it be other than the supreme leader presently being played out by Kim Jong-un? This means Kim Jong-un faces no opposition at all during such elections. If you call it an illusion of democracy, you will not be far from the truth.

4. The country has only a few paved roads 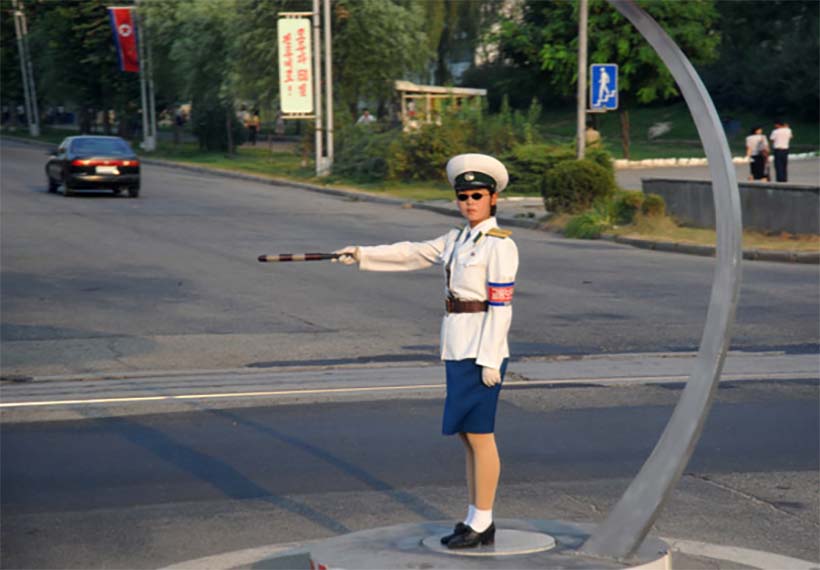 Only a few roads in the country are paved. Some findings put the percentage at about 3%. This means the other available roads are in poor condition. Despite this unbecoming development, the country can still boast of the largest stadium in the world having up to 150,000-capacity.

5. Crowd was hired to cheer the national team during the 2010 world cup 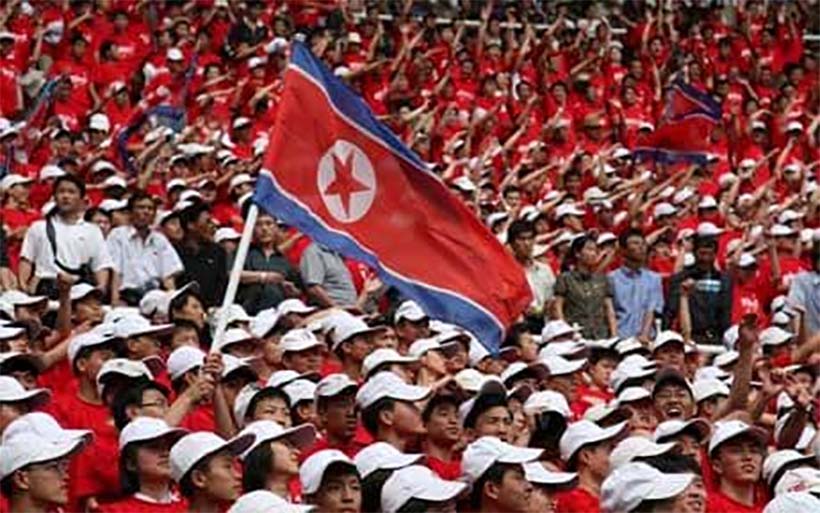 North Korea resorted to hiring Chinese actors to cheer the country’s national team during the 2010 world cup. This is because the country places restrictions on its citizens and prevents them from traveling out of the country, even during holidays.

Instead of permitting its nationals to travel down to South Africa to cheer the national team to victory, they decided to hire these Chinese actors to do the job. Consequently, the stadium was filled with the North Korean colors, making the non-privy wonder how such a multitude found their ways out of North Korea down to South Africa.

6. Their border town with South Korea is a fake town 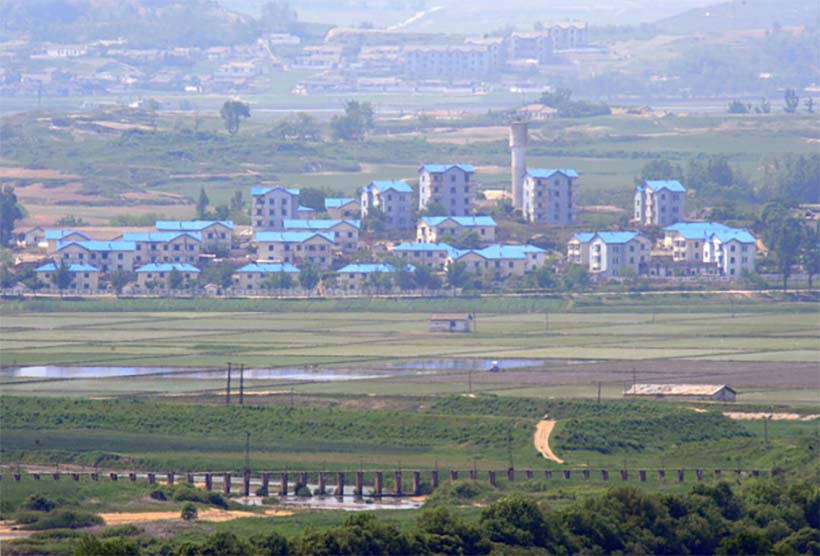 The town has got everything you will expect to find in a complete town, with the schools, hospitals and housed in good shape. However, nobody is living or working in any of the buildings in this town. It is a demilitarized zone between the two countries. While North Korea decided to name the town “Peace Village,” the rest of the world has rechristened the town as “Propaganda Village.” 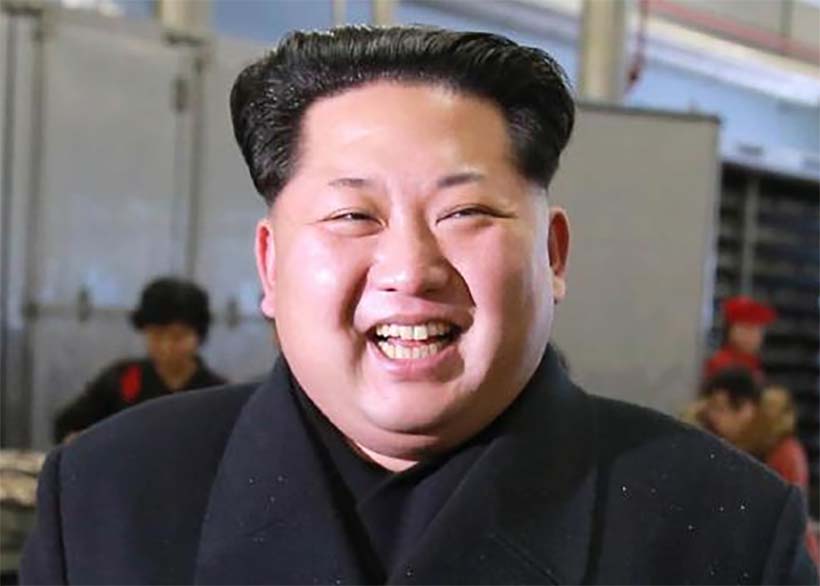 The hairstyle on Kim Jong-un sets him apart from the crowd. Aside from his reputation as one of the most ruthless leaders in the universe, this is the other identity attached to him. He is, however, interested in propagating his hairstyle all through North Korea as if he does not want this legacy-hairstyle to die with him.

The country is, therefore, encouraging the young lads in the country to copy Kim Jong-un’s hairstyle. Findings have shown that these young men love the hairstyle and that they are willing to copy it. 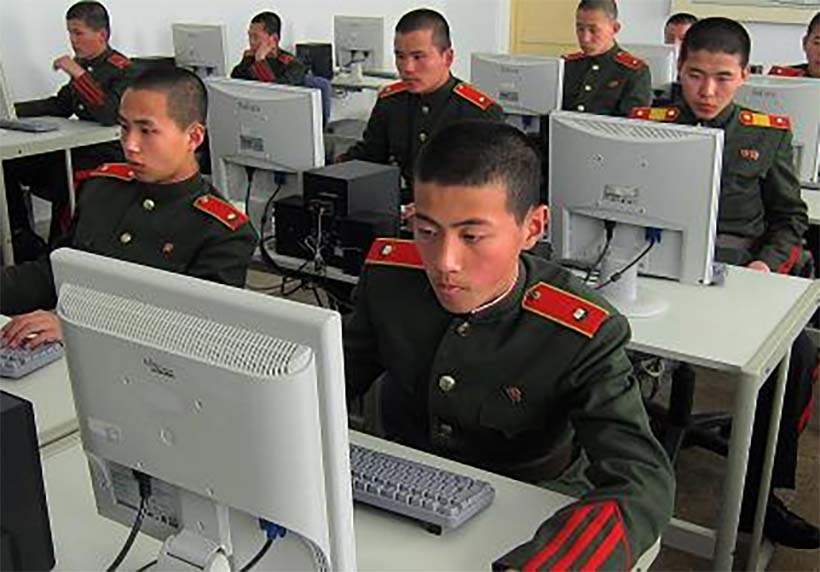 In the western world, you are free to access any website you like. This is never the case in North Korea, where the citizens have limited access to the internet and can only access few websites. You may not believe it, but only 28 websites, out of the millions of websites available on the World Wide Web, can be accessed by North Koreans.

Which forms of websites are the citizens allowed to access? These 28 websites focus only on cooking tips, news, care for the elderly, education and insurance. In the western world, you can buy a computer with the same ease with which you buy grocery, but the case is different in North Korea; the citizens require government approval before they can buy computers. Consequently, it is not easy for them to access computers or the internet at home.

You also need the approval to access the internet. Some findings report that only a few thousand out of the entire 25 million population in North Korea is given the right to own computers. It’s not a surprise that North Kore is on the top 10 list of countries that censor internet.

9. No birthday celebration on a certain day 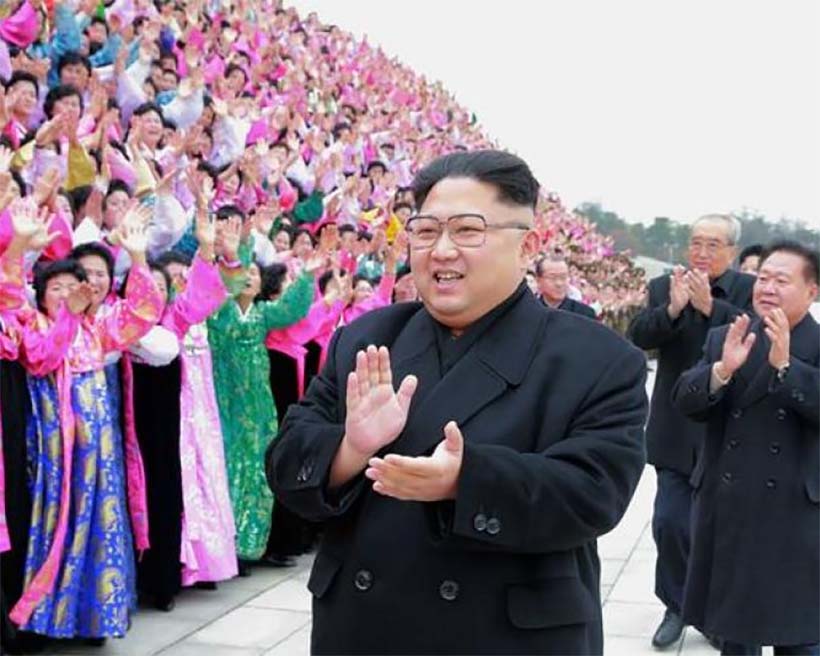 Two particular days are set apart in North Korea in which no one is permitted to celebrate birthdays. These two days are December 17th and July 8th. These are the dates on which Kim Il-Sung and Kim Jong-il, the first and second supreme leaders of North Korea respectively, were born.

Any other person born on either of these days will have to suspend his or birthday celebration till another day since these two days are dedicated to the two supreme leaders of the country.

10. They use different calendar 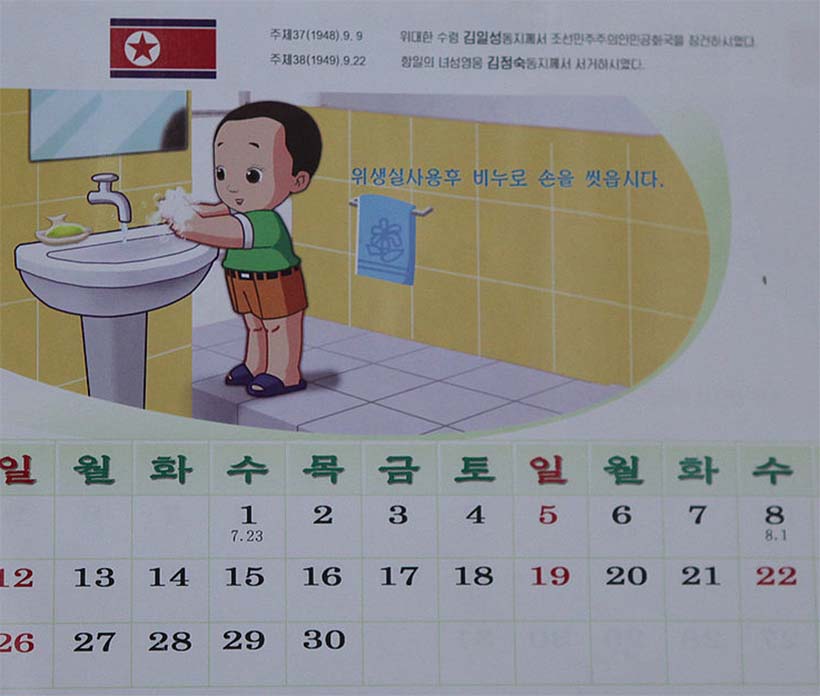 While virtually everyone in the world adopts the Gregorian calendar, North Korea does not. The country has its special calendar, which differs from what obtains in every other part of the world. The first supreme leader of North Korea, Kim Il-sung was born in 1912, and this represents the year 1 in the calendar of North Korea.

The year 2017 represents the 106th year of the birth of the supreme leader; this means North Korea is in year 106, whereas the rest of the world is in the year 2017. So, date counting started in North Korea in 1912. The dating method was not the case from inception; it was not adopted until September 9, 1997.

So, now you’re well prepared to face these crazy facts about North Korea, if you will ever travel there!