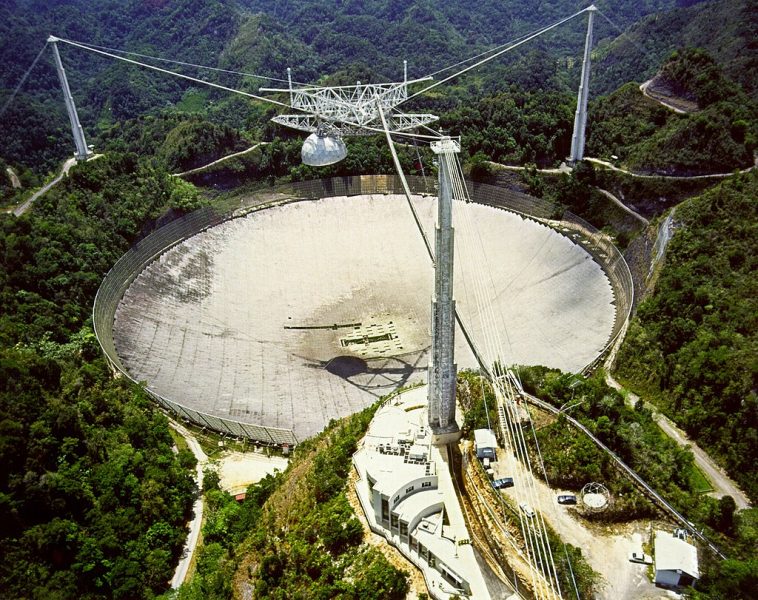 On the 25th of August 1609, Galileo Galilei presented his sensational invention that has changed the world, science, and people’s understanding of the structure of the galaxy, the telescope. Over the last several centuries his invention had been changed and improved many times, and nowadays there are many powerful observatories that allow us to see the universe, stars, and planet very closely and in every detail.

In this article, we present you the overview of the most powerful telescopes, with the help of which we have a unique opportunity today to look into distant and mysterious space worlds. Let’s find out which are the biggest on the Earth.

The LSST is a new type of telescope, the construction of which was started in August 2014 in Chile. It is a ground-based wide-field observatory that will be able to create an image of the sky every couple of nights in six optical bands over 10 years with 8.4-meter aperture.

As a result, astronomers will receive the clearest few and understanding of how space objects change over the time and how the universe functions.

The cost of this project is almost $465 millions. Find out more information from lsst.org.

Nowadays this 11-meter-aperture is the biggest in the whole southern hemisphere and one of the biggest on the planet. SALT is located in a small town of the country Sutherland that is situated at the distance of more than 400 kilometers from Cape Town.

The construction of the observatory that was finished in 2001, was financed not only by South Africa, but also by many other countries including the United States, Germany, Poland, and New Zealand.

Find out more info about The Southern African Large Telescope.

This is located in the Canary Islands and can boast of the size more than 10 meters. Its construction was completed in 2009, and the observatory was opened the same year. It is such significant scientific development and invention for Spain that the opening ceremony of the observatory was visited by the Spanish King himself.

The cost of the project is more than 130 million euro, 90% of which was provided by Spain, while the rest 10% is the contribution from the University of Florida in the United States and Mexico. Visit official page for more info.

The size of this telescope located in Puerto Rico is really impressive: the diameter of the primary mirror is more than 304 meters. Moreover, it is one of the most recognizable in the world: you might have seen it in many movies, including the scene from the movie “GoldenEye” with James Bond.

This unusual construction started functioning already in the 60s of the previous centuries and has contributed to numerous significant scientific discoveries.

In the 1990s the Arecibo Observatory also became the main tool of the American project SETI on searching of extraterrestrial life.

This array is located in the desert Atacama in Chile is not only one of the largest, but also the most expensive ground-based observatory on the Earth: such countries as Japan, the United States, Taiwan, Canada, some European countries and Chile, of course, spent approximately 1,4 billion dollars on its construction.

The main scientific purpose is a study of the cosmic evolution at the earliest stages of the Universe development, including the birth and further dynamics of the first stars. Visit official ALMA site.

Chile has got the other observatory that is also rated as one of the largest on the planet. It is the Giant Magellan Telescope (GMT) located in the same desert that is financed by two countries – the United States and Australia.

The diameter of its primary mirror is 25 meter, which will allow scientists to receive the clearest images from the Universe. In contrast to other, the GMT is still being built is planned to be finished by the year 2020.

This huge observatory is being built in Hawaii in the United States, and as you can judge from it’s name, its size is approximately 30 meters. Its characteristics are quite similar to the above described GMT telescope, though it is a bit bigger than the observatory in Chile.

There is not the exact cost of this project, but it is somewhere between 900 million and 1,3 billion dollars. The construction has not been finished yet, and it is planned that the site will have officially opened by the year of 2022. Visit official website.

There are two telescopes in Hawaii that are connected in one system – Keck I and Keck II. The diameter of the primary mirrors of both of them is 10 meters.

The unique feature of these twins is that they can work together by giving the united image from the universe. Since these are located in one of the best locations in terms of astroclimate, they are considered to be nowadays the most effective telescopes.

The official name was “250ft telescope” until the year of 1987. This is located in Jodrell Bank Observatory in the North-Western area of England. It was opened in 1957, and its diameter is 70 meters, which allows it to be considered one of the largest telescopes on the Earth.

This is especially famous for being the first telescope that managed to confirm the existence of pulsars, a type of neutron stars.

There is a quite large telescope situated in the State of Arizona in the United States on the Mount Graham with the diameter of approximately 8,5 meters, Large Binocular Telescope (LBT) that was officially opened in 2005. This observatory is a joint project of the United States, Italy, France, and Germany.

An interesting fact about this and its construction relates to its location that caused heated debates. The American native inhabitants considered the Mount Graham as a sacred site and were against of the construction.

Environmentalists also supported them due to their concern about the possible destruction of the natural habitat of the mount. However, the American government issued the Act permitting the construction, and the observatory had been built. Visit LBT website.

Five-hundred-meter Aperture Spherical Telescope (FAST) is newly built observatory located in China. Its huge mirror is 500m wide, making it the world’s largest and the most advanced radio telescope in the world.

In addition to these above mentioned huge telescopes on earth, there are big telescopes floating is space such as Hubble. You can see amazing images of the universe taken by Hubble from NASA’s Hubble gallery page. Furthermore, there are multiple big observatory projects going on, certainly human kind is more interested in than ever to find out what’s out there!

If you are interested in to observe universe by yourself, you can always visit the local observatory. Many universities, for example, operate remarkable observatories, and usually, it is possible to visit these facilities, and even observe space using these sophisticated instruments.

If you are really interested in amateur astronomy, you could also buy own telescope. There are plenty of alternatives available, and prices start from under $100 and go up to $10.000. However, buying amateur telescope requires some knowledge about what you actually want. In short, just don’t go and buy a very cheap, as it is mostly useless. Instead, start learning basics, and invest a bit more in a quality instrument, and it will provide amazing views of universe years to come. Here is an excellent telescope buyer’s guide for beginners.

Don’t forget to share this article, and leave your questions and comments below! Discover more cool technology.