Turkey is a place of deep history, an important culture and – oh, yes – a place where beautiful women are found. The most famous women of Turkey in the last decade do not attract the same international interest as French attractive or Brazilian beauties do; but they still charms on their own.

Are today’s Turkish women hot enough to make an international leap tomorrow? We found 10 beautiful models / actresses/ singers that are on the list of top 10 hot Turkish women. Let’s introduce them. 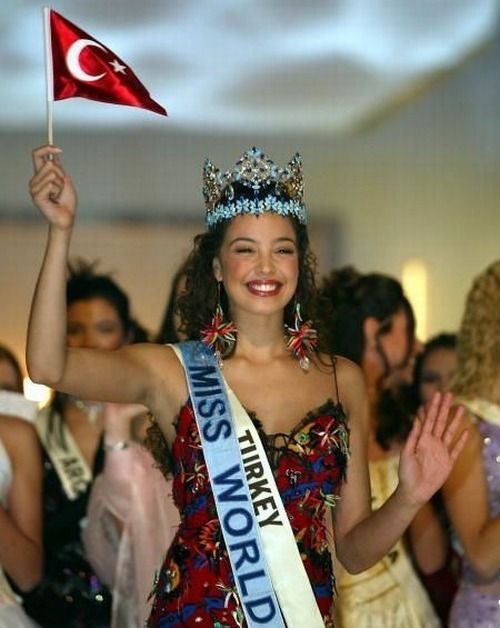 Azra Akin (born December 8, 1981), Turkish model and actress. She was selected Elit Model in 1998. In 2002 she was selected as Miss Turkey and then won the World Beauty title in 2002 Miss World. Azra Akin, studied ballet, painting, music, and arts in Netherlands where she was raised. Akın speaks Dutch, Turkish and English. She is one of the most desired women in Turkey. In 2004, Akın modelled for the postcards of the Eurovision Song Contest 2004 which were shown before each song. In 2010, she won on the TV dance show Yok Boyle Dans, the Turkish version of Dancing With the Stars. 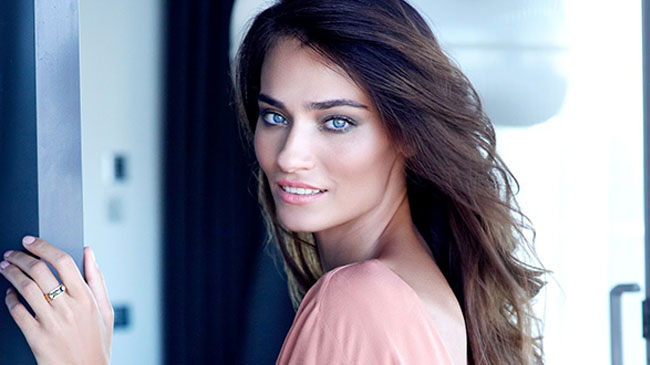 She is a graduate of Bogazici University, Department of English Language and Literature. She was acted in 8 TV series and 9 movies. Nominated and won 8 national and international awards. Italian film director Sergio Castellitto explained his first encounter with Aksoy in an article on Vogue Turkey with these words: “Saadet, the first time I met you it was through the internet. I had accidentally ‘fallen’ on a movie trailer. I actually don’t remember anything of that trailer, of that movie. Yet I remember that I saw a woman turning her head abruptly to the camera, her blue eyes burning everything in that framing, blasting the reverse shot.” 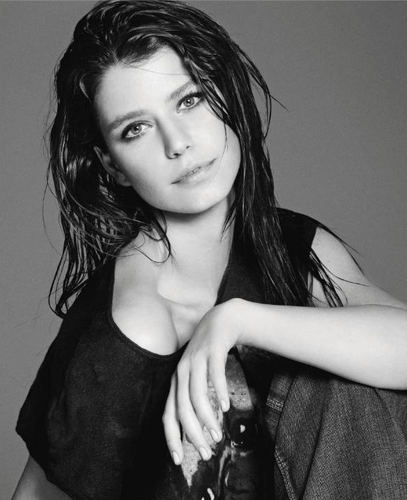 Beren Saat (February 26, 1984) is a Turkish actress. He was born and raised in Ankara. An attractive brunette with dreams of acting alongside Julia Roberts and Mel Gibson, our next hot Turkish beauty is actress Beren Saat. With smooth skin and a look that could melt ice, she belongs on the screen. She caught the attention of producers when she participated and took place in second at a TV star competition of Turkey, which she attended during her studies in Başkent University. After she started to be a professional actress. She played in 8 TV series aired in national channels and international media. Also acted in 4 movies. Saat was the highest-paid actress in Turkey from 2008 to 2014.

Berrak Tuzunatac (born 2 November 1984 in Yalova) is a curvy, wavy-haired model and Turkish actress. She was graduated from the Istanbul University – Business Administration Faculty. She joined a model agency and took acting lessons at the BKM workshop. She worked as a presenter on Number One TV. Tuzunatac made her acting debut in movie Beyza’nın Kadınları. She took place in 8 TV series and 6 movies. 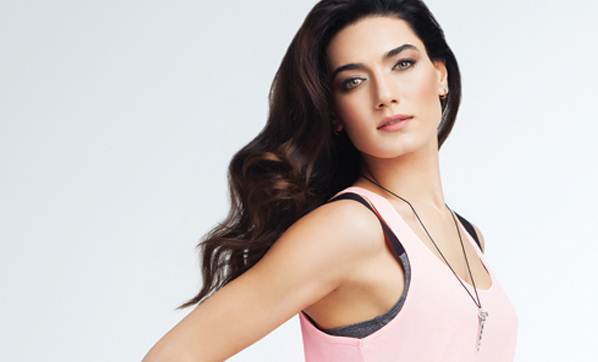 Hande Subaşı (born 21 February 1984), Turkish actress and model. Winner of the 2005 Miss Turkey Beauty Contest. She was graduated from Istanbul University – French Translation and Interpretation. Then she represented Turkey in Miss World beauty contest. After playing in TV series such as Adak and Kusdili, she performed a character in Elveda Rumeli, which was published in the ATV. She has played in two films “Gunesi Gordum”, directed by Mahsun Kırmızıgül and in “Future Day” in 2009. And with the hand in hand, the camera went to the camera. Movie “Anatolian Eagels”, which showed on October 29th, she took part in the movie with the character of Burcu. She started playing the character “Selin” on the line called Enemy Brothers, which was broadcast on Show TV in 2012. She most recently participated in the television series Merhamet as a guest actress. In the Ertugrul TV series she animated Aykiz character. 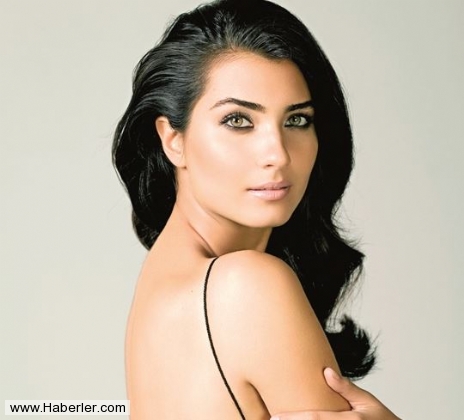 Tuba Buyukustun (born 5 Temmuz 1982, İstanbul), Turkish TV series and cinema movies actress.She has the classic features of an elegant and sophisticated beauty like Monica Bellucci. She played in 7 movies, 11 TV series.She is also the most wanted brand face for companies’ advertisements. she has won 25 awards from national and international foundations. Buyukustun, who was appointed as a goodwill ambassador of UNICEF Turkey in 2014.. Her next series, which according to schedules began broadcast on 10 November 2016, is titled Cesur ve Güzel (Brave and Beautiful). She stars as the female lead, opposite handsome actor Kıvanç Tatlıtuğ. 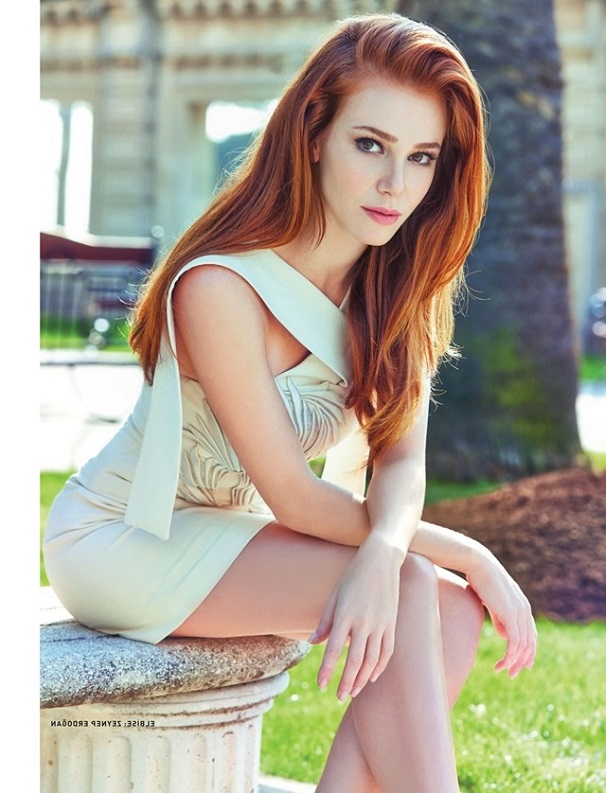 Elcin Sangu (born 13 August 1986) is a Turkish actress and model. In Turkey, she is one of the most sought-after and highest-paid celebrities for starring in television commercials and campaigns. She studied Opera at Mersin University before pursuing a career in acting. She was a stage actress before moving on to television series.She played in 6 different TV series. She is best known for her leading role Defne in the Star TV romantic comedy prime-time series Kiralık Aşk from June 2015 until its finale in January 2017. Naturally red-haired actress of Circassian origin has been the face of the Elidor hair products as well as the Boyner department store chain. Elcin Sangu speaks fluent English and Italian. She also plays piano and is a contemporary dance artist. 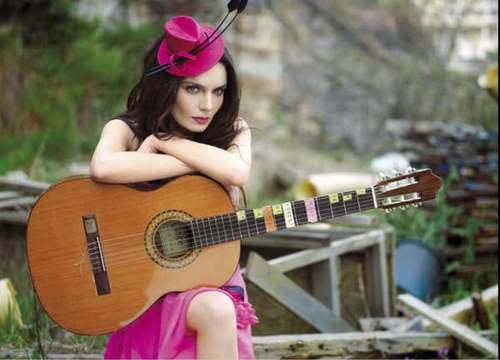 Nil Karaibrahimgil (born 17 October 1976 in Ankara, Turkey), also popularly known simply as Nil (Turkish for the Nile), is a Turkish singer and songwriter mostly noted for her distinct lyrics. Nil’s passion and admiration for music stems from her father, Suavi Karaibrahimgil, who is also a musician although he is not currently active in the Turkish music industry. In 2000, she graduated from Bogazici University with a degree in Political Science and International Relations. She made 5 music albums and wrote 2 books named “Nil’in Kelebekleri” and “Kelebegin Hayat Sirlari”.

Tulin Sahin, (born December 13, 1980) is a Turkish top model, television presenter, author, and actress. She became very famous by her similar look to model Cindy Crawford. She was discovered in a shopping mall and went to do professional modeling career in Paris in 1998. Tülin Şahin, who is called Turkish Beauty / Turkish Güzeli by Karl Lagerfeld, speaks seven languages very well, English, Danish, Swedish, Norwegian, Turkish, German and French. In addition to these, she is also a freelance fashion editor with concept and brand counseling. She wrote books about diet secrets and nutrition for women who want to lose weight, “Are you Still Dieting?” and “The King,the Prince and the Poor”. 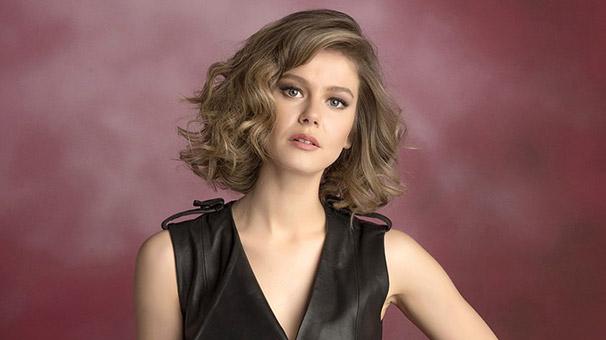 Burcu Biricik, born on 4 May 1989 in Antalya. This perky blonde has a wicked smile and a body made for trouble. She was selected as Mediterranean Queen in the beauty contest held in Antalya in 2006. Having been awarded a prize in theater festival which she attended in high school, Biricik decided to become a professional actress and completed her undergraduate studies in Ege University Archeology Department. At the same time studied acting at Bornova Municipality City Theater. She started her acting career by taking part in the internship at Bornova Municipal City Theater. Here she played in various plays such as One of the Two, Visit of the Old Mistress, The Eyes of the Door, Vazifemi Production and Seven Horsemen.