There are many places on our Mother Earth that are worth seeing and visiting: some of them are created by nature, while others made by human. In this article we present you with 10 the most beautiful places that everyone should see to believe.

This spectacular natural attraction is located on the border between the two countries – Zimbabwe and Zambia. The falls received its name from the British missionary David Livingstone, who discovered it between 1852 and 1856 when he was travelling through the African continent.

He described the falls as “the most wonderful view” that he had seen in the jungle. The width of the Victoria Falls is approximately 2 kilometres, and the height – more than 110 metres. Annually the falls attract more than 2 million tourists from every corner of the planet. 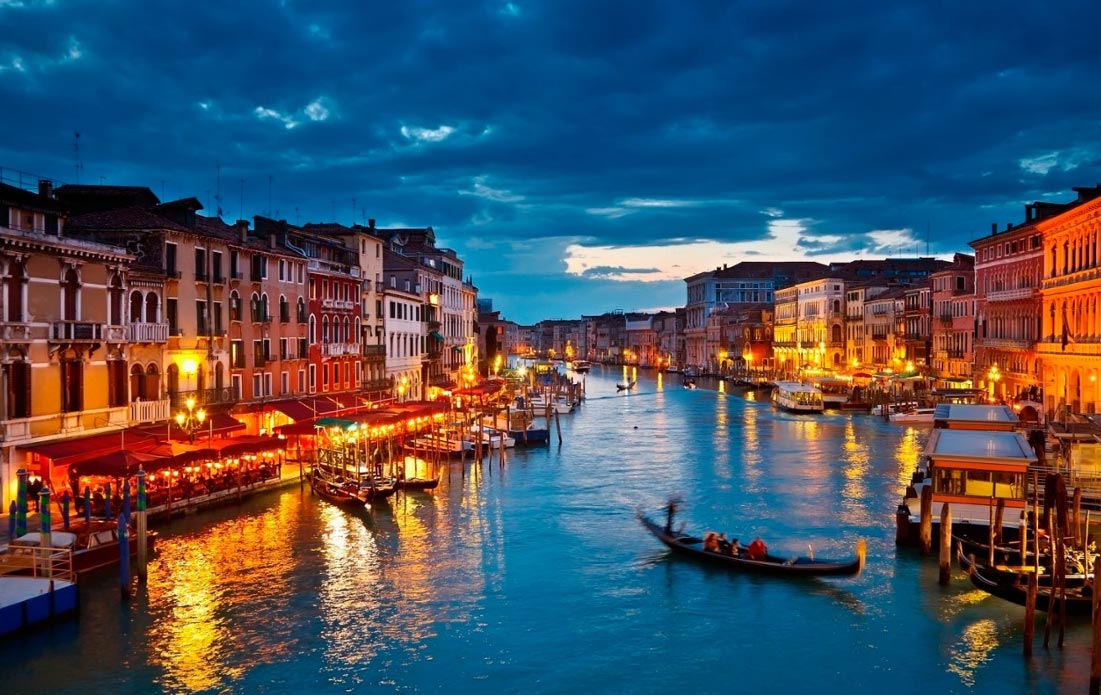 Venice is believed to be not only one of the most beautiful cities in the world, but also an architectural wonder that attracts millions of tourists every year. It is built on 118 small islands that are connected by more than 150 small and large channels.

In medieval times Venice was one of the most powerful economic and cultural centers of Europe, and nowadays is fairly considered to be one of the most romantic places in the world. Every winter Venice also hosts the Carnival of Venice that lasts for a couple of weeks and makes the town even more beautiful and more interesting for tourists. 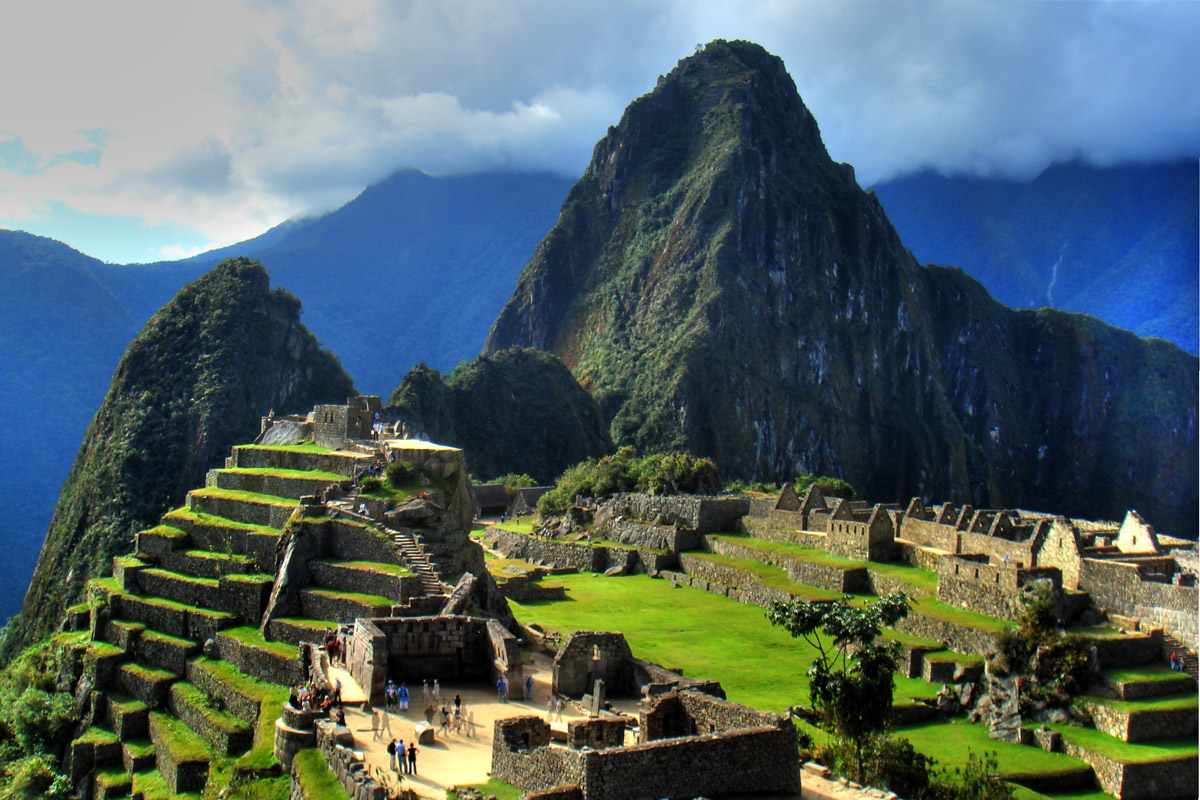 Machu Picchu is an ancient Inca town located on the territory of Peru high up in the mountains. It entered the list of the Seven Wonders of the world and the list of UNESCO World Heritage. It is believed that the town originally was built in ancient time for Pachacuti – the Inca Emperor.

Though many centuries passed, the ruins of Machu Picchu are well-preserved, and the town still consists homes, parks, sanctuaries and even administrative buildings. Though the town is located in the remote area and it might take several days to get there, this beautiful place is definitely worth seeing. Machu Picchu is also one of the seven wonders of the modern world. 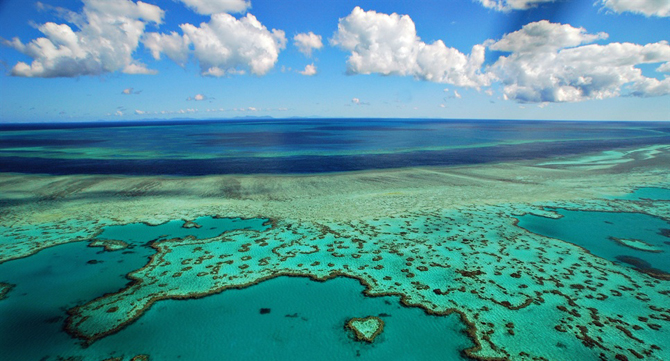 This attraction is fairly included in the list of the Seven Nature’s Wonders in the world. Nowadays it is the largest coral reef system on the planet that occupies around 9000 islands. It is made of approximately 2900 reefs and located in the Coral Sea in Australia.

The length of the Great Barrier Reef is around 2600 kilometres and it can be even seen from the space. It can boast of a great variety of the marine biodiversity that includes many endangered species of marine organisms.

The Niagara Fall, the United States and Canada 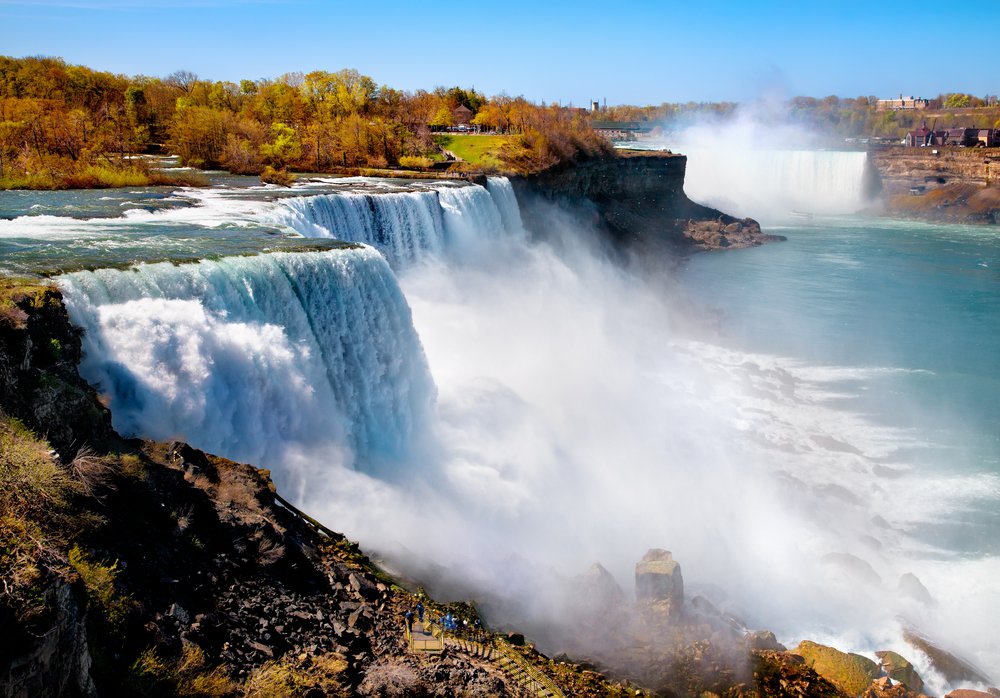 The Niagara Falls is located on the border between Canada and the United States, and it separates the American state of New York from the Canadian province Ontario. It is among the most visited natural attractions in North America – millions of tourists visit the falls annually.

It is the whole system that contains three waterfalls – Horseshoe Falls, American Falls, and Bridal Veil Falls. The highest one is Horseshoe Falls with the height of 57 meters. The Niagara Falls is a very old natural wonder – its age is more than 12,000 years. The best time to visit the falls in order to enjoy its scenic beauty – in the period between May and September. 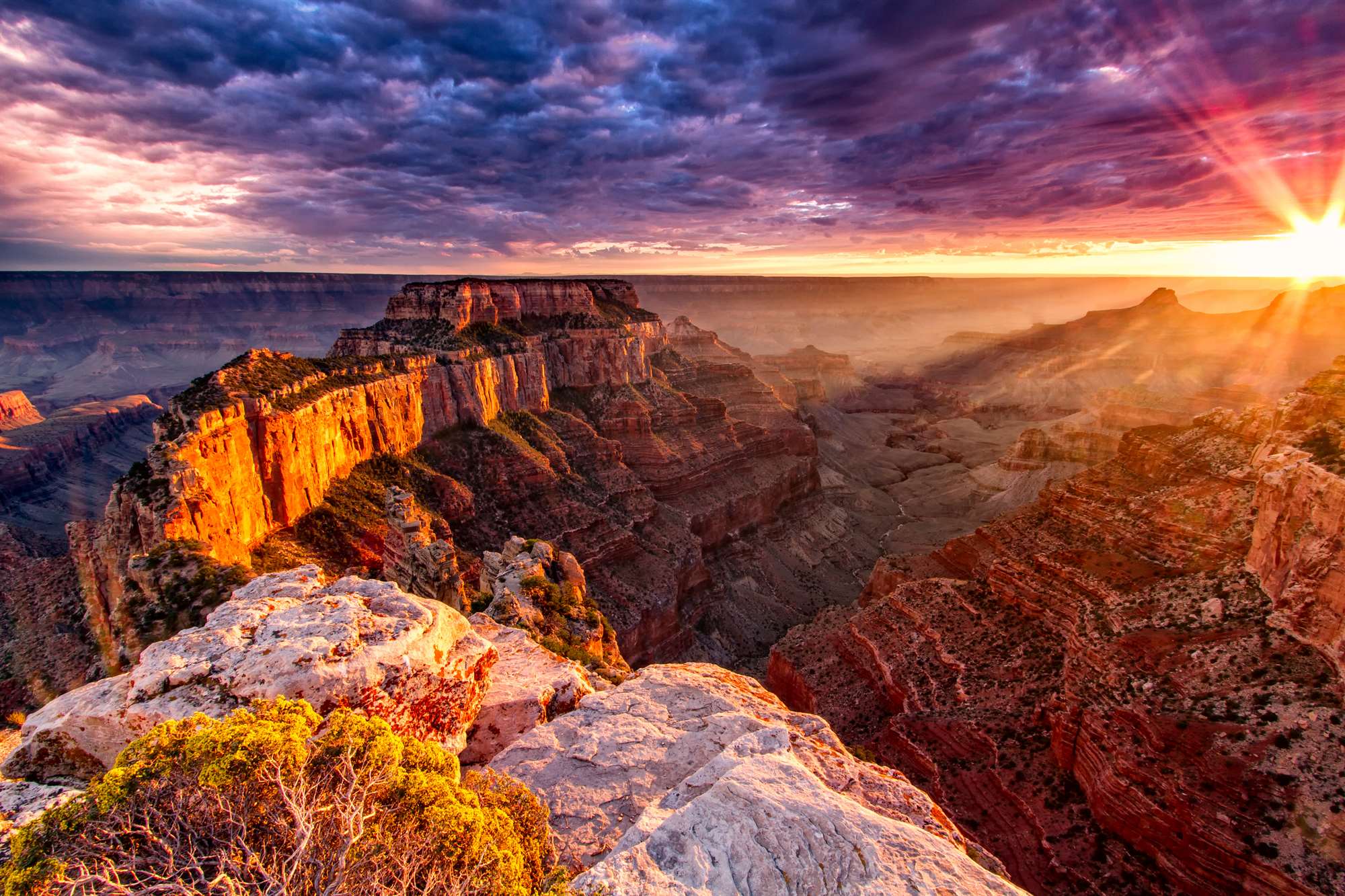 It is definitely one of the most recognizable and well-known landscapes on the planet. The canyon located on the territory of two American states Colorado and Arizona is included in the list of the deepest canyons in the world, since its depth is around 1600 metres.

The length of the canyon is also impressive – 446 kilometres. This picturesque part is believed to be one of the most perfect and unique creation of nature that has been existing for many centuries and currently is located in one of the oldest National Parks in the United States – the Grand Canyon National Park. 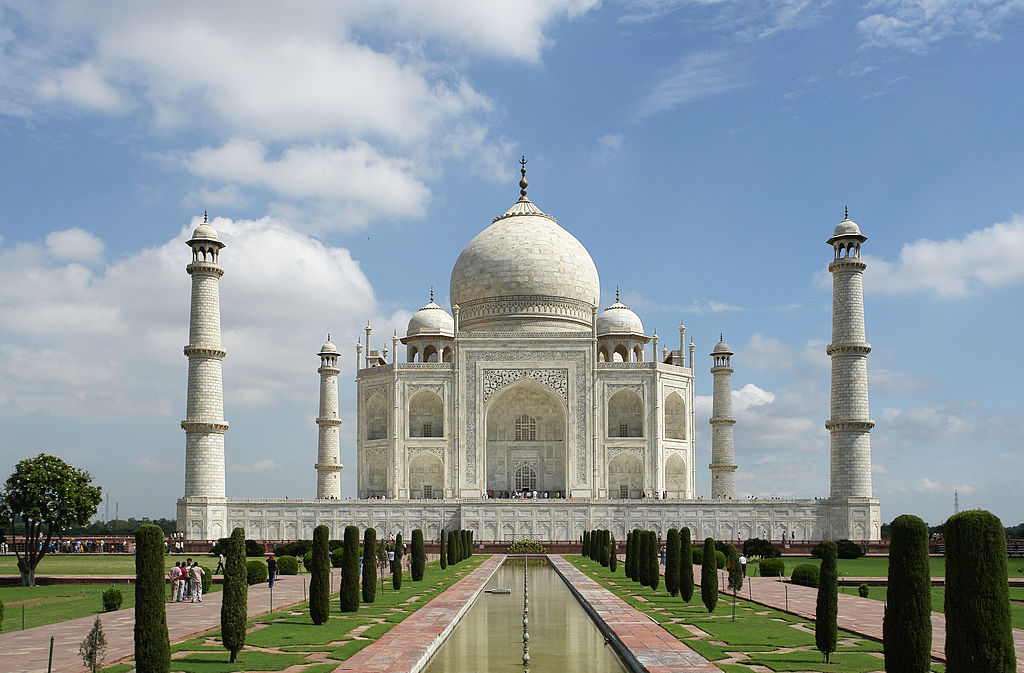 This mausoleum located in Agra, India is one of the most beautiful wonders in the world created by human. It is not just an impressive building known for its encompassing beauty and architectural style, but also a very romantic place because it was built by the fifth Mughal Emperor Shah Jahan in the memory of his beloved wife Mumtaz Mahal.

Its construction stated in 1631 and was completed in more than 20 years – in the year of 1653. This massive building has a height of approximately 73 metres, and the width of its tallest minaret is 72,5 metres. 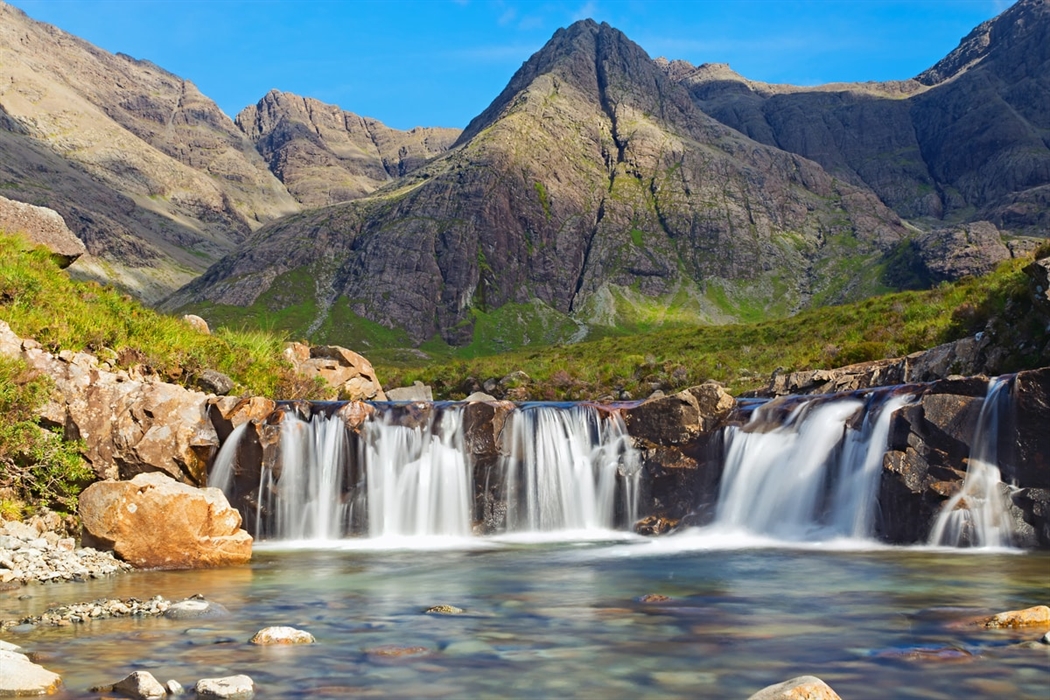 These famous crystal blue pools are located in a very picturesque area of Scotland – the Isle of Skye. Every year it attracts thousands of hikers, bikers and nature lovers. This place is known not only for its scenic beauty, but also for its unique biodiversity: the variety of rare animals and plants species can be found there. It is considered to be one of the most magnificent, mysterious and unique places not only in the United Kingdom, but in the whole world.

Fiji is kilometres of sandy golden beaches, breathtaking mountain tops and beautiful coral reefs. These islands are popular among tourists from all parts of the world for its natural beauty, a variety of opportunities for exotic adventures, as well as different outdoor activities, the main of which is diving.

Among the most popular Fiji islands are Turtle Island, Mana Island, Denarau Island and others. If you are looking for a place for holidays in Paradise, then Fiji islands is definitely the best choice. 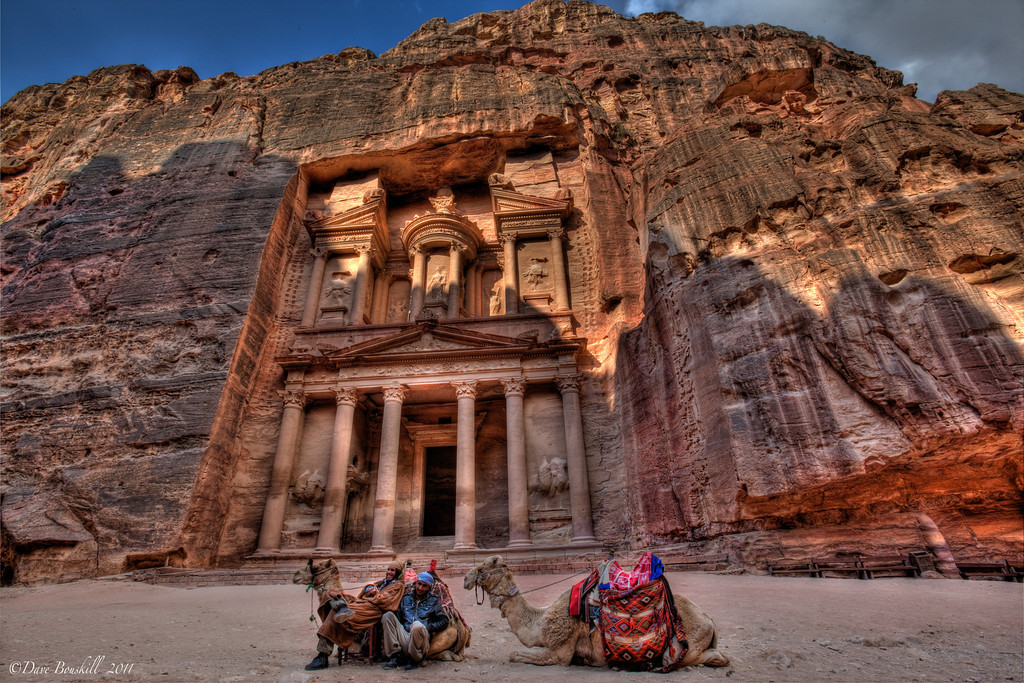 Petra is the most popular and visited tourist destination in Jordan, which is absolutely justifiably. It is located in a secluded valley and is surrounded by mountains, which makes Petra very beautiful and mysterious at the same time.

It was discovered in 1800s, ands since that time is believed to be one of the most popular attractions in the world and a unique archaeological site. Thanks to its beauty and long history, Petra has been considered as one of the New Seven Wonders of the world.

So, these are the top 10 beautiful places to see in the world. How many of these places you have already visited? Please leave comment below! Or if you don’t have yet visited any of these amazing places, are you planning to do so?