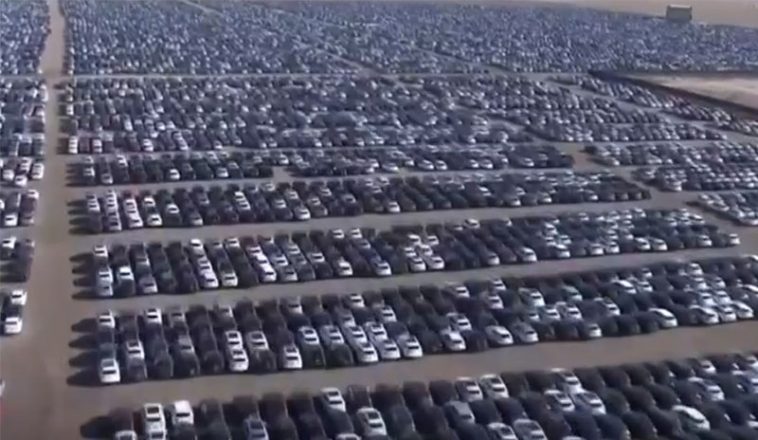 There are across the US 37 huge parking areas that holds nearly 300.000 long time parked cars.

Parked cars are routinely maintained to keep them safe are ready for driver. Sound’s excellent service, but what is going on? What is the idea to own a car and park it in many cases for months or even years? Is it green revolution? Are they trying to reduce carbon footprint?

The answer is a bit more complicated. All the parked cars are owned by the same owner, all the cars are the same brand, and quite same models. The owner is not unusual collector, and the owner have not bought these cars voluntary.

The owner of cars is the car manufacturer Volkswagen. The company was forced to agree buy back cars because of it admitted to circumventing the emissions control system for vehicles sold since 2009.

According to the BBC, the automaker must buy back or fix 85 percent of the cars involved by June 2019 or face higher payments for emissions. Volkswagen is going to spend over $25 billion to cover claims from owners, regulators, states and dealers. It has offered to buy back about 500,000 vehicles in the United States alone.

You can imagine it might be challenging to find enough space to park 300.000 vehicles, even if you are manufacturing cars. VW found some interesting places where to store these cars such as a football stadium in Detroid, a former paper mill in Minnesota and a desert graveyard in California.

What you think about huge company using questionable methods to avoid and circumventing environmental regulations around the world? Are you going to possibly buy a car made by VW in the future? Leave your comments below, thank you!